Leading So People Will Follow explores the six leadership characteristics that inspire followers to fully support their leaders. Using Erika Andersen’s proven framework, new leaders and veterans alike have increased their capacity for leading in a way that creates loyalty, commitment and results. Step by step, Andersen lays out six key attributes (far-sightedness, passion, courage, wisdom, generosity, and trustworthiness) and gives leaders the tools for developing them. This innovative book offers a practical guide for building the skills to become a truly 'followable' leader.

Q & A with Erika Andersen, Author of Leading So People Will Follow 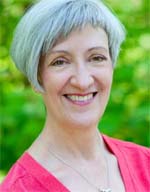 Erika Andersen
How did leadership become a passion for you?

It was a gradual evolution. I think, sadly, the initial impetus for my interest in leadership was my own experience of having bad bosses. I remember in my 20s and early 30s, thinking, "Can they not see what's happening? Do they not understand that the way they're treating us is having exactly the opposite result to what they're trying to achieve?" So I got curious about what I might do differently when I had the chance to manage. And then, when I became a manager, I saw that my intentions and my actions had a huge impact on the individuals working for me, and on whether they were able to coalesce into a strong team. I learned a lot--and I saw that it helped.

So when I started my company, Proteus, in 1990, I was already fascinated by the whole topic, and wanting to support people to be the best leaders they were capable of being.

It seems fairy intuitive that the six characteristics you explore are crucial to a leader's success. Why do so many leaders still come up short?

I believe there are two problems. First is the cultural assumptions we have about leadership--many of which are deeply counter-productive. For instance, most people think that a good leader should "have all the answers." So, unfortunately, when people get into leadership positions they act out that assumption by doing a lot more telling than listening; by hesitating to say "I don't know" (when they don't); or by taking credit for smart solutions, even when the solutions come from someone else.

The other problem is a lack of self-reflection. Most of the truly good and followable leaders I know spend time thinking about their strengths and weaknesses, about the impact they're having on their followers, about how they can improve. Poor leaders tend to just plow through--don't think much about it, don't invite feedback.

Fortunately, both of these problems are fixable--and I'm hoping that Leading So People Will Follow will give people the insight and tools they need to do so.

Which characteristic has been the most difficult for you to develop?

Courage. A big part of being courageous as a leader involves doing things that are personally uncomfortable for you. That's been an evolution for me. The three things I'm learning to do better as a leader--even though they're tough for me--are to be more patient; not to take feedback too personally; and to keep listening when an idea doesn't at first make sense to me. All three require courage for me. (That's the interesting thing about courage--it's very personal. I know leaders for whom doing the exact opposite would require courage: being less patient and more directive; taking feedback more personally; and stating clearly when an idea doesn't make sense to them!)

Many of the leaders you interviewed for the book are women. Are there different characteristics women should focus on versus men?

In the fifteen years we've been using this model with leaders, we've found it's really gender-neutral. We haven't seen disproportionate representation in any of the six attributes. And we also haven't found any gender bias among followers (that is, any attributes that men are more interested in seeing than women are, or vice versa).

It really reinforces for me that this sense of what makes a good leader is a deeply human, deeply wired-in capability. If you think about it, until recently, whether we accepted someone as our leaders was a life-or-death decision. Choose badly, and you were much more likely to starve or be killed by enemies. So the ability to select good leaders is a group survival mechanism. We look for those qualities--independent of the leader's gender, age or race--that will help the 'tribe' stay safe and prosper. Even today, we still rely upon that ancient capability; we choose to align ourselves with those leaders who fulfill our deeply-held sense of what makes a worthy leader.

There are plenty of leadership assessments out there. What makes yours unique?

The main point of difference is that the Accepted Leader assessment is based on what we call 'followability.' There are a handful of attributes that people need to see in a leader before they'll fully 'sign up'; truly commit to that person as their leader.

Often leaders are smart, strategic, results-oriented, and high-energy--all the things we've come to think of as essential elements of leadership--and yet they can't seem to gather the organization together and move it forward. We've found they need to also be far-sighted, passionate, courageous, wise, generous and trustworthy, in order to build a team or an organization that's fully committed and ready to go with them.

The Accepted Leader assessment offers a way to find out if your followers see those key attributes in you--and, if not, how to develop them.

You recognize leadership when you see it, but many people tend to stumble when asked to come up with a definition. Not so for Andersen, who is a leadership coach and Forbes blogger. She couldn’t be more direct and succinct as she breaks down the definition of leadership into six components or, more apropos to her discussions, the six attributes of a good leader—far-sightedness, passion, courage, wisdom, generosity, and trustworthiness. Her point and approach are to teach how to be an effective leader, supported by her fundamental philosophy that “when someone who is put in the ‘leader’ seat doesn’t demonstrate the leadership qualities for which human beings have a kind of built-in radar, that person is unlikely to be effective as a leader.” To that end, she offers five “key behaviors” for each of the six leadership components. A book to read more than once and to consult many times.— Brad Hooper, Booklist Online