Humans live in landscapes of make-believe. We spin fantasies. We devour novels, films, and plays. Even sporting events and criminal trials unfold as narratives. Yet the world of story has long remained an undiscovered and unmapped country. It’s easy to say that humans are “wired” for story, but why?

In this delightful and original book, Jonathan Gottschall offers the first unified theory of storytelling. He argues that stories help us navigate life’s complex social problems—just as flight simulators prepare pilots for difficult situations. Storytelling has evolved, like other behaviors, to ensure our survival.

Drawing on the latest research in neuroscience, psychology, and evolutionary biology, Gottschall tells us what it means to be a storytelling animal. Did you know that the more absorbed you are in a story, the more it changes your behavior? That all children act out the same kinds of stories, whether they grow up in a slum or a suburb? That people who read more fiction are more empathetic?

Of course, our story instinct has a darker side. It makes us vulnerable to conspiracy theories, advertisements, and narratives about ourselves that are more “truthy” than true. National myths can also be terribly dangerous: Hitler’s ambitions were partly fueled by a story.

But as Gottschall shows in this remarkable book, stories can also change the world for the better. Most successful stories are moral—they teach us how to live, whether explicitly or implicitly, and bind us together around common values. We know we are master shapers of story. The Storytelling Animal finally reveals how stories shape us.

Jonathan Gottschall on The Storytelling Animal 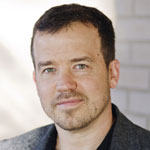 What is the storytelling animal?
Only humans tell stories. Story sets us apart. For humans, story is like gravity: a field of force that surrounds us and influences all of our movements. But, like gravity, story is so omnipresent that we are hardly aware of how it shapes our lives. I wanted to know what science could tell us about humanity's strange, ardent love affair with story.

What inspired you to write this book?
I was speeding down the highway on a gorgeous autumn day, cheerfully spinning through the FM dial, and a country music song came on. My normal response to this sort of catastrophe is to turn the channel as quickly as possible. But that day, for some reason, I decided to listen. In "Stealing Cinderella," Chuck Wicks sings about a young man asking for his sweetheart's hand in marriage. The girl's father makes the young man wait in the living room, where he notices photos of his sweetheart as a child, "She was playing Cinderella/ She was riding her first bike/ Bouncing on the bed and looking for a pillow fight/ Running through the sprinkler/ With a big popsicle grin/ Dancing with her dad, looking up at him. . ." And the young man suddenly realizes that he is taking something precious from the father: he is stealing Cinderella. Before the song was over I was crying so hard that I had to pull off the road. I sat there for a long time feeling sad about my own daughters growing up to abandon me. But I was also marveling at how quickly Wicks's small, musical story had melted me into sheer helplessness. I wrote the book partly in an effort to understand what happened to me that day.

But don't you worry that science could explain away the magic of story?
I get this question a lot. The answer is "No! A thousand times, no!" Science adds to wonder; it doesn't dissolve it. Scientists almost always report that the more they discover about their subject, the more lovely and mysterious it becomes. That's certainly what I found in my own research. The whole experience left me in awe of our species--of this truly odd primate that places story (and other forms of art) at the very center of its existence.

Children come up a lot in this book, including your own children. . .
Yes, I spent a lot of time observing my two daughters (in this I took my cue from Darwin, who was a doting father, but not shy about collecting observational data on his large brood). I got lucky. My girls happened to be 4 and 7 during the main period that I was working on my book. This is the golden period of children's pretend play. And I was able to observe them spontaneously creating these fantastic wonder-worlds, with these elaborate and dangerous plots. I noticed that my girls spent almost all of their awake time in various kinds of make-believe. And I was invited to enter those worlds myself, to play the roles of princes and Ken dolls and monsters. I learned a lot about the nature of story from my girls. Story and other forms of art are often seen as products of culture. But this perspective is one-sided. Story blooms naturally in a child--it is as effortless and reflexive as breathing.

Are dreams a form of storytelling?
Yes, they are. Dreams are, like children's make-believe, a natural and reflexive form of storytelling. Researchers conventionally define dreams as "intense sensorimotor hallucinations with a narrative structure." Dreams are, in effect, night stories: they focus on a protagonist--usually the dreamer--who struggles to achieve desires. Researchers can't even talk about dreams without dragging in the basic vocabulary of English 101: plot, theme, character, scene, setting, point of view, perspective. The most conservative estimates suggest that we dream in a vivid, story-like way for more than six solid years out of a seventy-year lifespan. So dreams are definitely part of the evolutionary riddle of storytelling.

What is the future of story?
In the digital age, people are reading less fiction, but this is because they've found new ways to jam extra story into their lives--on average we watch five hours of TV per day, listen to hours of songs, and spend more and more time playing story-centric video games. I think we are seeing, in video games, the birth of what will become the 21st century's dominant form of storytelling. The fantasy lands of online games like World of Warcraft attract tens of millions of players, who spend an average of 20–30 hours per week adventuring in interactive story. Players describe the experience of these games as "being inside a novel as it is being written." In upcoming decades, as computing power increases exponentially, these virtual worlds are going to become so attractive that we will be increasingly reluctant to unplug. So the real danger isn't that story will disappear from our lives. It is that story will take them over completely.