Disciplined Entrepreneurship will change the way you think about starting a company. Many believe that entrepreneurship cannot be taught, but great entrepreneurs aren’t born with something special – they simply make great products. This book will show you how to create a successful startup through developing an innovative product. It breaks down the necessary processes into an integrated, comprehensive, and proven 24-step framework that any industrious person can learn and apply.

Whether you’re a first-time or repeat entrepreneur, Disciplined Entrepreneurship gives you the tools you need to improve your odds of making a product people want.

Author Bill Aulet is the managing director of the Martin Trust Center for MIT Entrepreneurship as well as a senior lecturer at the MIT Sloan School of Management. 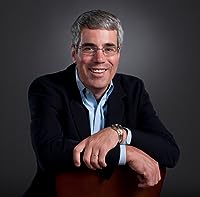 Why did you name the book Disciplined Entrepreneurship?

I love the name because in two words it captures the dichotomy that makes for a successful entrepreneur: the fearless spirit of a pirate with the execution skills of a Navy SEAL Team Six. At the Martin Trust Center for MIT Entrepreneurship, we help our student entrepreneurs strike this balance.

Why did you decide to write this book now?

The book came about because MIT’s Howard Anderson and I were teaching an introductory entrepreneurship class and over time the class grew from five teams of four students to over 100 teams. We worked very hard to put materials together to help us teach the class in a scalable manner, and I soon realized that this was a pervasive problem that could cause a real crisis and halt the progress entrepreneurship was making in society. That was why I started writing the book.

What does it take to be an entrepreneur?

I get this question everywhere I go. Many people have the misperception that successful entrepreneurs are born, not made, with a history of high achievement. Other misperceptions are that entrepreneurs are mercurial individualists, that they love risk, and that they are undisciplined. In most cases it is quite the opposite; research has been proving more and more that entrepreneurship can be taught and that should be considered a legitimate profession and discipline. Entrepreneurship is a team-sport where ideas are much less important than the team’s ability to execute in a highly focused manner.

What makes you qualified to write a book on entrepreneurship?

In my 15 years of doing and teaching entrepreneurship, I’ve gained a lot of wisdom from the scar tissue of failure. It’s not that I’m a guru, it’s that I figure out what works and I pass on that knowledge. I’m fortunate to have this fabulous position at MIT from which I can foster a community where people can learn from each other.

After working at IBM for 11 years, I started my first company, which failed. This failure was so visceral and so real, and I learned a tremendous amount while crashing and burning. Above all, I became aware that the team that you work with is critically important. You need to collaborate with someone you can trust and who works in a way that is complementary to you.

Is there anyone who has been a particular inspiration to you?

During my time at IBM, I was amazed by the late Thomas Watson, Jr., who was able to scale a company in a way few others have done. The person who has probably inspired me even more is Mitch Kapor, who started Lotus Development Corporation and demonstrated that people could do positive things for society through business. He showed me business could be cool. He transformed Cambridge’s Kendall Square into a hub for innovation-driven entrepreneurship.

How does presenting the entrepreneurial process as a series of steps or a roadmap help the reader?

Entrepreneurship is not a purely sequential process, but we needed to give people a place to start to keep them from getting lost. I broke it down and determined the most logical starting point and built it from there. While there are many iterative loops along the roadmap, it gives enough structure so that people can get going.

Who should buy this book?

How does your book relate to the current state of the economy?

Creating jobs isn’t just about small businesses per se, it’s even more about new, high growth businesses. The Kauffman Foundation found that in 2007, two-thirds of new jobs came from companies one to five years old.Disciplined Entrepreneurship is about creating these new businesses that will drive economic growth.

How did you decide to work with an illustrator? What is your favorite illustration in the book?

The illustrations make the book more accessible. In my experience, people learn a lot more when they’re having fun. The illustrations add a dimension of fun to the book that make people more open to its message. They also distill the essence of each step.

My favorite illustration is the last one, because it drives the point that knowledge doesn’t set you free, but action does. Starting a company is not solely an analytical exercise; it requires action. That idea is a good one to end on, and it really resonates with entrepreneurs.