A different way of discovering and developing the best business ideas

Jack Welch once said, "Someone, somewhere has a better idea." In this myth-busting book, the authors reveal that great business ideas do not spring from innate creativity, or necessarily from the brilliant minds of people. Rather, great ideas come to those who are in the habit of looking for great ideas all around them, all the time. Too often, people fall into the trap of thinking that the only worthwhile idea is a thoroughly original one. Idea Hunters know better. They understand that valuable ideas are already out there, waiting to be found - and not just in the usual places.

· Explains why ideas are a critical asset for every manager and professional, not just for those who do "creative"

· Reveals how to seek out and select the ideas that best serve your purposes and goals and define who you are, as a professional

· Offers practical tips on how to master the everyday habits of an Idea Hunter, which include cultivating great conversations

The book is filled with illustrative accounts of successful Idea Hunters and stories from thriving "idea" companies. Warren Buffet, Walt Disney, Thomas Edison, Mary Kay Ash, Twitter, and Pixar Animation Studios are among the many profiled.

Amazon.com Exclusive from the Authors: 10 lessons for anyone embarking on the Idea Hunt, the search for ideas that make a difference 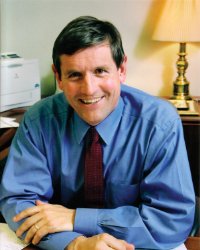 Co-Author Andy Boynton
1. Know your gig. In other words, decide what you’re all about as a professional, and where you want to be heading in your career and projects. Without a concrete sense of purpose and goals, you won’t know what you’re looking for—in the vast jungle of ideas and information. And you’ll be defenseless against the demons of information overload.

2. Don’t let the job, company, or industry define your Hunt for ideas. You want ideas that stand out, and to get them, you have to chart your own course. That means creating your own collection of information and idea sources, different from the sources being tapped by everyone else in your business. Don’t fall victim to the plague of “me too” ideas.

4. Be a “T” rather than a purely “I” professional. The “I” type (think narrow and tight) is deeply versed in a specific area of expertise, while the “T” professional (think extended and broad) has a greater breadth of skills and interests. Both types of professional have much to offer, but “T” people are better at fostering the diverse connections and conversations needed to bring exceptional ideas to the surface.

5. Even if you’re on the right track with an idea, you’ll get run over, if you’re just standing there (to paraphrase Will Rogers). Your ideas are worth little unless they’re in motion, shifting in response to fresh data and conversation, evolving through stages of reflection and prototyping. 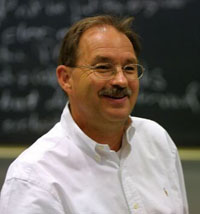 Co-Author Bill Fischer
6. Understand that failure isn’t all it’s cracked up to be. In fact, you’ll want to build failure into your Hunt for the best ideas, with the prolific use of prototyping (getting your ideas initially into some rough form). The point is to test your ideas as frequently as possible and to learn rapidly, before committing to a product or program.

7. Get the room right. Arrange your physical workspace in ways that will help you collide with and generate useful ideas. For example, store your hot ideas in folders or piles that are visible. Make sure that the books and materials closest at hand are the ones you need for your current projects.

8. Push the Hot Buttons. Link your idea to something that keeps the boss or client up at night. If you can do that, your idea will have a much better chance of getting noticed and winning acceptance.

9. Think compatibility, or “one revolution at a time.” Be ready to explain how your breakthrough idea fits into “the way we do things around here.” An idea that requires too much change in an organization may never see the light of day.

10. Focus on “Try-ability.” Make it easy for people to try out your idea, before buying into it. Think like Apple, which lets people listen to 30-second snippets of music on iTunes before they buy a track or CD. Customers and colleagues are far more likely to sign on if they’re less worried about making a decision they’ll come to regret.

"Humans make progress by discovering new ideas, but also, importantly, by repurposing the ones that already exist. Boynton and Fisher show how each of us can get better at this critical skill, identifying and reapplying existing ideas."
―Paul Romer, Senior Fellow, Stanford Institute for Economic Policy Research

“Hunting is an apt metaphor.  Ideas exist everywhere in the wild. The trick is knowing where to look for them and how to capture them.  Boynton and Fischer tell us how.”
―Ron Sargent, Chairman & CEO, Staples, Inc.

“The Idea Hunter is unique.  It’s about curiosity, agility and perpetually hunting for better ideas.  It’s a must read for anyone who wants to compete and collaborate more effectively each and every day.”
―Greg Brown, President & CEO, Motorola Solutions.

“This book upends a number of persistent myths about innovation and what it takes to be an ‘idea person.’ It shows that what’s required is not spectacular creativity or remarkable IQ, but curiosity—a genuine desire to engage in a daily search for ideas.  It will help transform the way you and your business operate.”
―Jay Hooley, Chairman, President & CEO, State Street Corporation

“The Idea Hunter is not only an enjoyable read. It offers a practical method so that anyone or any firm can learn the secrets of harnessing the power of ideas to drive success.”
― Laura J. Sen, President & CEO, BJ’s Wholesale Club

“Boynton and Fischer offer powerful and practical advice on how to jump-shift the flow of ideas in your organization.  This will become required reading for any leader intent on shaping a high-performance organization.”
―Michael D. White, Chairman & CEO, DirecTV

“My company aims to add about $4 billion in new sales every year. This won’t be possible without everyone in the organization contributing new ideas. The Idea Hunter is an essential guide to systematically developing this critical capability.”
― Werner Geissler, Vice Chairman, Global Operations, Procter & Gamble

“Thrilling, fun, and inspiring, The Idea Hunter tells stories and discerns patterns of behavior and habits shared by the great innovators of the past century. It finds similarities among the greats ranging from Warren Buffet to Steve Jobs, and even going back earlier in the century to Walt Disney and Thomas Edison. Through brief stories and simple self-reflection exercises, this book distills the quirky essence of leading imagination in a way we can consume it, and hopefully aspire to become one with it.
― Aaron C. Sylvan, Serial Entrepreneur and Technologist (One Technology, TrustWorks, LemonadeHeroes, Sylvan Social Technology)

“We rely on using the ideas of thousands of experts to win against tough competition in a crowded market. Using The Idea Hunter as a trail map, any leader can win the daily wars of ideas that differentiate the innovator from the rest.”
―Jack Hughes, Chairman and Co-founder, TopCoder, Inc.

“Idea hunters are normal people, with a normal life in a common social contest. The only difference is that they have an open mind and are skilled in searching. This brilliant book is an ideal guide to achieve an open mind in our complex world.”
―Maurizio Marinelli, Visual Artist & President of Baskerville Research Center on Communication, Bologna, Italy

From the Inside Flap

"Breakaway ideas come to those who are in the habit of looking for them."
—from the Introduction

Ideas are arguably the most valuable asset in an information-based economy. But how do you find the best ideas—the kind that can boost careers, change organizations, and ramp up the value of projects? Why do some people seem to come up with these ideas whenever they need them?

In this myth-busting book, the authors reveal that great business ideas do not spring from innate creativity, or necessarily from the minds of brilliant people. High-value ideas come to those people who are in the habit of looking for such ideas—all around them, all the time. These are the Idea Hunters. Such people do not buy into the notion that the only great idea is a pristinely original one. They know better. They understand that game-changing ideas are already out there, waiting to be spotted and then shaped into an innovation.

The authors present an eclectic band of Idea Hunters, ranging from Thomas Edison, Mary Kay Ash, and Walt Disney, to Warren Buffett, Apple's Phil Schiller, and others including the leaders of Twitter, Pixar Animation Studios, and the Boston Beer Company. These people have certain characteristics embodied in the four I-D-E-A principles (Interested, Diverse, Exercised, and Agile). They also know their gig—their personal mission, and why it matters. They don't let the organization, job, industry, or profession define their Idea Hunt. And they recognize how the world around them connects with their plans and projects.

Step by step, The Idea Hunter unveils a strategy for unearthing new ideas in any industry or organ- ization. It is a must-have resource for anyone who wants to tap into the successful business ideas that are just waiting to be rediscovered.